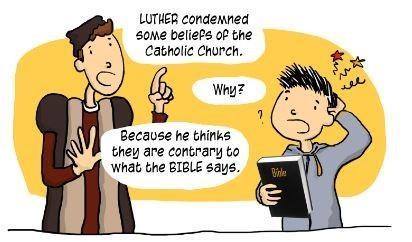 As a great reader of the Bible, he condemned some beliefs of the Catholic Church:

He claimed that Salvation was God’s gift: it was ‘Salvation by grace’

He criticized the power of the Pope who decided what should or should not be believed.

In the 95 theses against indulgences, he wrote in the 45th thesis: ‘Christians should be taught that one who sees his fellow in need, but abandons him to buy indulgences, does not buy the Pope’s indulgence for himself but God’s outrage.’

Luther’s 45th thesis states that to please God, the poor should be helped, instead of spending money on indulgences, as they were useless. 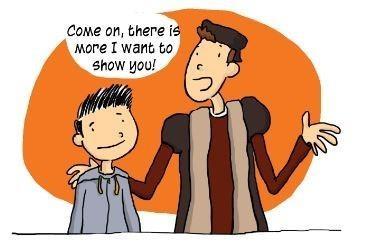