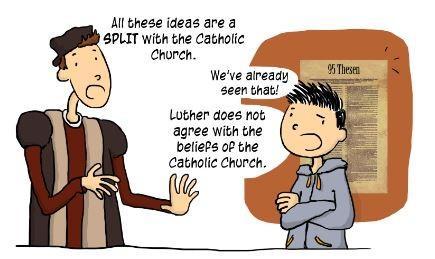 The 95 theses against the indulgences

On 31 October 1517 Luther posted the 95 theses against the indulgences he had sent to the new Archbishop of Mainz.

In them he condemned certain practices of the Catholic Church, such as selling indulgences. That action marked the beginning of the Reformation because the Pope could not accept the ideas in the theses, as they questioned his power.

In 1520 Luther burnt the Papal Bull in which the Pope ordered him to back down.

Luther was asked a number of times to give up his ideas. Luther refused. He publicly set fire to the Papal Bull -an official letter from the Pope.

Luther claimed the Bible was the only authority, preceding even the Pope’s authority. 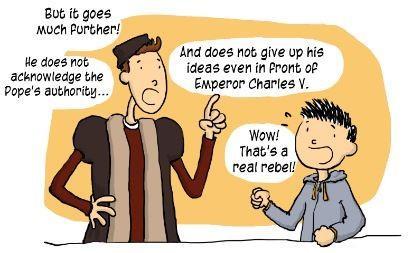 The diet of Worms

Luther’s ideas started spreading in Germany and outside Germany.

In 1521 after having been excommunicated by the Pope, Luther was summoned to Worms (in Germany) by Emperor Charles V. He was asked again to give up his ideas. And once again he refused.

Prince Frederic the wise took Luther under his protection. He hid him in the castle at Wartburg. Here Luther translated the New Testament into German and continued to develop his ideas.

Luther’s ideas spread all over Europe: the Reformation was launched.

On 13 June 1525, the former monk Luther married the former nun Catherine Bora, and they had six children. 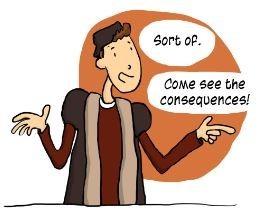